The Need for Affordable Housing

Families in need of affordable housing

live in our communities in Kent County.  While most of us feel stable and secure in our homes, housing insecurity is a reality for 40% of households in our county who fell below the threshold of a survival budget according to the 2018 United Way ALICE report.

According to the 2018 United Way Maryland ALICE Report, Maryland’s low income population will be challenged by a number of economic factors.  Renting a home has become less affordable in Maryland as the cost of rentals has continued to rise, while demand for low-cost and multi-family housing has outpaced the supply. Maryland renters devote a high percentage of their household income to rent — the fifth highest percentage in the nation (National Low Income Housing Coalition, 2016; American Community Survey, 2016).

In Kent County the demand for affordable housing — both rental and ownership properties — far outpaces the supply. Public Transportation in Kent County is near non-existent, and over 10% of households do not own a vehicle.

In 2016, Kent County had 3191 children under 18 of whom 628 lived with families with incomes below the poverty level as defined by the U.S. Office of Management.
Source:  US Census Bureau, Small Area Income and Poverty Estimates (SAIPE)

When families can live in a decent and affordable home, they don’t have to worry about where they are going to be next month.  Home ownership with an affordable mortgage gives them their first sizable asset and the knowledge that they are not living at the whim of  a landlord. Most loans for a Kent Attainable home will be far less than renters pay, often for a more updated and energy-efficient house. They have a chance to begin saving and invest in their or their children’s education.  They can create all those memories of home that so many of us have from our growing up experiences.

“Housing instability — including frequent moves, overcrowding, and the threat of eviction or foreclosure — creates stress, depression and hopelessness for far too many families. Adults living in housing that they struggle to afford often describe themselves as less healthy, and the well-being and development of millions of children is compromised by living in insecure housing. Families paying too high a percentage of their income for housing often find themselves making impossible choices. Rent or health care? Food or transportation?” 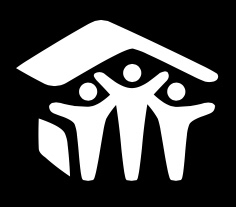 The Face of Poverty in Kent County

The Cost of Affordable Housing

The State of the Nation's Housing 2019